How does nearshore IT staff augmentation work? 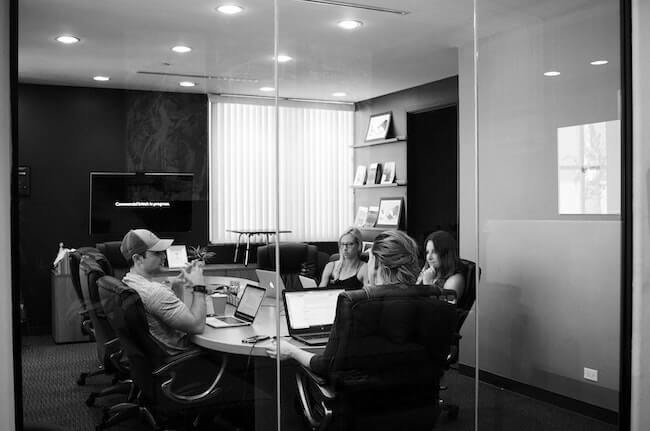 There’s no question about it: tech is here to stay. Whether it’s creating the next social media sensation, or simply a new productivity tool, companies are in a perpetual race to innovate and bring new tech-based solutions to market. The problem? Internal tech teams are often overstretched and don’t always have the technical capabilities to achieve your desired result.

The temptation is to pursue an outsourcing partner but you may be hesitant and for good reason. Unscrupulous vendors who leave you thousands of dollars in the hole and an inability to effectively communicate due to awkward time zone clashes.

There is a 3rd option that combines the cost effectiveness of outsourcing and the relative ease of onshore team management: nearshore IT staff augmentation.

What is Nearshore IT Staff Augmentation?

An added bonus is that you don’t have to pay benefits, bonuses, and other associated costs to outsourced developers that you would for an in-house employee. Once the project is complete, unlike internal developers where you have to find them additional work or go through the laborious and painful task of laying them off, you can simply cease your engagement with the agency that provided you with the IT staff augmentation services.

In the case of Nearshore IT Staff Augmentation, you are still partnering with a developer or agency that isn’t in your company’s country of operation but with one distinct difference.

Nearshore Staff Augmentation, as the name implies, is where your outsourced developers are located in a country that is somewhat similar in time zone to yours. In the case of the United States of America, nearshore IT Staff Augmentation agencies tend to reside in Latin America. For example, Uruguay and Argentina have a plethora of tech talent and are only 1 hour ahead of New York City and the rest of the East Coast of the United States.

Benefits of Nearshore IT Staff Augmentation

There are two major benefits to nearshore vs offshore tech teams.

Nearshore makes it far easier to coordinate the execution of tech projects, if for no other reason than the ability to coordinate remote development team syncs via video conferencing. In spite of the fact that you want to place trust and autonomy in your external partner, it doesn’t hurt to have regular check-ins to ensure project alignment and that deadlines are being met - all easier to coordinate when you are in relative time zone proximity.

The other advantage to nearshore is culture-based. When dealing with any outsourced partner, the potential for culture clash and miscommunication is present. The first step to mitigating the risk of culture is familiarity. In the case of the United States, Latin America already has a familiarity due to their proximity and exposure to American culture that enables nearshore vendors to have a leg up on their offshore competition. As an added bonus in this particular example, American companies can reasonably expect strong English skills from Latin America that reduce the risk of miscommunication.

How to select a Nearshore IT Staff Augmentation company

With so many vendors out there, it can be tough to know where to begin. The easiest place to start are B2B Reviews and Ratings Agencies such as Clutch, GoodFirms, and the Manifest. My personal preference is Clutch for its longevity and trustworthy reviews that are independently verified by their team (compared to other platforms which only require reviewers to authenticate themselves via LinkedIn - leaving the system open to gamification and abuse).

Once you have navigated to a list of IT Staff Augmentation vendors, the next step is to discover which ones are located in the rough time zone proximity to you in order to identify an appropriate nearshore IT staff augmentation company. There are no hard and fast rules here as it depends on your location but once again using the United States as an example, any vendor located Latin American country is considered nearshore due to their proximity and minimal time difference.

Once you’ve devised a shortlist, remember to check their reviews specifically for previous Staff Augmentation clients. If your prospective IT staff augmentation partner has completed a similar project in a similar industry to yours, even better as that is an excellent surrogate for the customer experience that you can expect to receive.

If that all sounds too arduous a task, there is another option: IT project matchmaking services. These services are provided by what’s known as Agency Concierges. The service is as it sounds: fill-in your requirements like desired development languages, budget and timeline. The Agency Concierge will match you with vendors that are a best-fit for your IT staff augmentation needs and make the appropriate introductions. A few go-to options for project matchmaking are Clutch, once again, and Bull & Beard’s Agency Match.

If you don’t need to go through the steps of evaluating an IT Staff Augmentation company and really just need 1 developer who knows a certain coding language, there is another option.

You can select individual developers, if you only need one with a very specific programming language, by visiting contractor marketplaces like UpWork or TopTal.

How to work well with a Nearshore IT Staff Augmentation Company

Here are a few pieces of advice of how to most effectively work with your new nearshore developers.

As you are not hiring an outsourced agency in its entirety, the burden of project management falls on the client-side team. In an ideal situation, your Project Manager and IT development team should have a solid foundation of best working practices for communication and collaboration, allowing the new remote developers to slot into your team.

Be sure to include the remote developers as part of your team scrum meetings, stand-ups and sprint syncs. The best form of IT Staff Augmentation occurs when the developers seamlessly become another equal member of your team, allowing alignment to be most effectively achieved.

Remember, extra burden will fall on your project management team as they attempt to get the new developers up to speed on the project’s details, goals, and deadlines, so ensure they are well supported.

In spite of general cultural familiarity that can be expected from nearshore IT Staff Augmentation partners, there are still cultural nuances that differ between client and vendor. As the client, it is important to articulate clear expectations surrounding a project and have those repeated back to you by your vendor. It might seem repetitive, but extra time taken to ensure everyone is on the same page will pay off in the long run in terms of project success.

IT Staff Augmentation companies try their best to find the best possible talent for your needs, but even the most talented developers don’t know everything. To ensure project success, build-in extra time for appropriate training and education, particularly on internal systems and processes. The last thing you want for your project is that documentation and work completed not be captured correctly because you failed to adequately train remote developers on your development philosophy and company best practices.

Even with these considerations in mind, nearshore IT Staff Augmentation offers an excellent alternative to mitigate the pitfalls traditionally associated with offshore developers. With ease of communication and cultural familiarity, nearshore IT Staff Augmentation is a cost-effective way to complete your tech projects on-time, on-spec, and on-budget.