Is It True That 90% of Startups Fail? 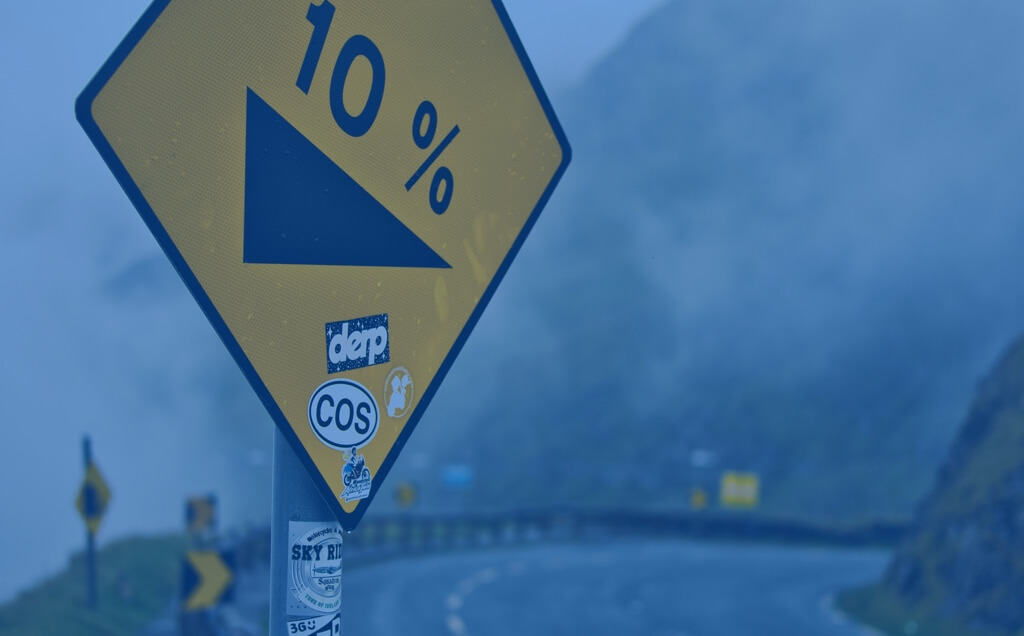 “Nine out of ten startups fail.”

If you work in tech, you’ve heard the statistic. But is it true?

The claim that 90% of startups fail is accurate over a ten-year period and supported by multiple studies within seven percentage points. The claim refers specifically to venture-backed startups, and defines failure as any result less than a 10X investor return on capital over ten years.

Startup closure statistics1 from outside the US are roughly equivalent to the 90% rule2. However, the sample size in this case is much smaller. As of 2021, about 70% of all venture capital investments are within the United States.3

Across all industries, Census Bureau data shows business success rates ranging from 30–50%. The failure rate across all business formations by the Bureau of Labor Statistics is just over 50%, accounting for a five-year timeline.4

Most measures of business failure rates consider anything short of closure to be a success, including scenarios traditionally frowned upon in the venture capital ecosystem like linear growth trends and “acqui-hire” exits.

Depending on where you look, you will get different definitions of what a startup is.

According to Forbes, a startup is a new company that uses innovation to create a new product or service that disrupts an industry.

Eric Reis, the author of The Lean Startup, defines it as “A startup is a human institution designed to create a new product or service under conditions of extreme uncertainty.” Startup Commons defines a startup as a team of entrepreneurs who develop innovative businesses with fast growth potential and scalability.

The common high-level themes in startup definitions are:

Even with this deep dive into what a startup is, some clarity emerges, but more complexity is added. For example, who defines what innovation is? You can probably assume that the tenth branch of a franchise may not be a startup by these definitions, but I am sure that every potential startup founder thinks that they are innovating with the potential for fast growth. The market may or may not agree with that assumption.

Another grey area is, how long does a young, innovative company stay a startup? In some instances, the generally accepted startup classification ends after five years. However, in other sources like OECD.org, a startup becomes a scaleup after three consecutive years of 20% averaged annualized growth.

This is additionally complicated by investement level. A SaaS startup that’s taken on significant 8–figure investment and diluted founder shares down to single digits might consider stable 7-figure ARR (Annual Recurring Revenue) to be a company-ending failure. A smaller startup that bootstrapped or raised more modest seed funding might consider the same outcome to be a huge success.

The difference between these three types of business is a crucial differentiator for risk percentages. I will go into more detail about how these differ and why that matters.

Generally, government statistics include all new businesses in the startup category. These could consist of new franchises, a barbershop, or a florist.

So, yes, they are initially small and new companies — but they do not necessarily have disruptive or compound growth options.

For US businesses, the Bureau of Labour releases the most granular annual datasets. According to 2020’s results, the failure rate for US-based businesses is only 20% in the first year (and that includes restaurants!).

This failure rate jumps to 50% at the end of year five, and close to 70% in year ten. This is roughly consistent with the 40–60% range seen in international studies on five-year cycles, although data from non-OECD countries tends to be less granular.

Note that US companies do not necessarily have US founders. The US is a popular destination for ambitious startup founders in other markets, who view US company formation as a path with more investor access. Services like Stripe Atlas and Clerky serve this market with help setting up legal paperwork, formation papers, and bank accounts.

For companies classified as startups due to their innovative and potentially disruptive product, the failure rate is much higher. This is because, in their ideation phase, they have not yet reached their growth stage or even determined product fit.

Here is where the ‘9 out of 10 startups fail’ statistic becomes more relevant. The exact origins of this stat are not clear, but Startup Genome’s 2019 report states that only 1 in 12 entrepreneurs succeed in building a successful business. Although different figures, this is pretty much in line with the original quote at about a 10% success rate.

In addition, Venture Capital failure stats tend to include only startups that VCs have invested in. As these companies are usually past the ideation phase and in their growth phase, they are referred to as scaleups by the startup industry. The product-market fit has already been established, and much of the ideation phase high risk has been survived. An often-quoted but older statistic from research done by Shikhar Ghosh (2012) of Harvard states that 3 out of 4 VC-backed businesses fail. So, 75%.

This stat may be different in 2021, but precise national figures are challenging to track down. Essentially, it is a reasonably high-risk investment for any venture capitalist, but the gains from high-growth companies that succeed hopefully outweigh the losses from those that don’t.

It quickly becomes apparent that definitions of a startup differ between data sources, so various failure percentages are claimed. Since no one is comparing like with like, it is complicated to give an all-encompassing figure of failure rates. A 9 out of 10 startups fail claim is valid for startups within a specific definition of the term but doesn’t give you the complete picture for scaleups or even normal new businesses.

Probably the closest answer is that starting your own business is relatively high risk, whether that business is a startup or not. However, this leads to another element that people disagree about.

Among all startups, companies that consider unicorn status of a $1B+ valuation to be success are exceedingly rare, at 0.00006. Only a fraction of a percent of all startups make it to this tier.

How are success and failure defined?

This failure definition is one that everyone can agree on as counting towards a failure in the stats. If a business ceases to trade or exist in any form, it is unlikely to be classified as anything other than a failure. From a return on investment point of view, it may not show any actual returns. For talent teams, it means job loss. For founders, it is often the end of their great idea. The culture of startup failure post mortems has added an angle of productive group learning from failure rather than a total dead end. Still, in most other respects, this scenario counts towards a failure stat.

One form of acquisition is the acquisition of a startup’s talent rather than their actual product. These acquisitions do not necessarily exclude the product; instead, they are primarily driven by gaining access to the talent that works there. Acqui-hires were around for at least as long ago as Google’s acquisition of Milk or the Facebook and Lightbox deal in 2012.

Is this a failure? That depends. For companies that have already failed or stalled, Acqui-hiring can benefit everyone from buyers to investors to founders and talent teams. In a normal Acqui-hire situation, the company in question has not been shooting out the lights in terms of revenue or market traction. The buyer is essentially after post-closure talent retention. The avoidance of the cost, effort and time required to establish high-performance teams would make the deal worthwhile. The investors may get paid in stock from a fast-growth private company and meet their expected returns and time frames after all. Founders may also get paid in cash or stock from a hot, high-growth private company or a more slow-growing corporate. Either way, their relative failure would be financially mitigated. Talent teams, depending on the offer, might get shares and keep their jobs.

For companies in their early-stage or even successful post-investment stage, investors’ outcomes and sometimes those for talent are more mixed. In these cases, an Acqui-hire may be less of a failure for the founder than anyone else. The legalities and loyalties involved in these situations are well beyond the scope of this article,

What counts as success for Venture Capitalists?

Here again there are various opinions on what defines success. Ventureburn reports that Venture Capitalists expect a 10X return over five years on their investment of funding a year or two of a scaleup’s costs. Some VC funds like Angelhub Ventures in Stellenbosch claim to be generating the growth to meet these requirements across their six successful investments.

Other figures are lower at 3X over 10 years to ensure a good investment. According to Gil Ben-Artzy, only 5% of startups are generating these kinds of returns.

So, your scaleup may not fail in that it closes down and ceases to do business, but it may not provide the required growth or returns to justify the capital invested. Is this a failure? The answer is probably leaning towards yes for the Venture Capitalists or funders.

For an ideation phase business that meets the definition of a startup, a roughly 90% failure rate is in line with recent stats from Startup Genome, a reputable published source. For general new companies with linear growth models, the failure rate is less than this, even over five years. However, in terms of scaleups that have received VC funding, the statistic improves again thanks to the infusion of cash and expertise from advisors.

Another factor to consider is the time frame. Regular businesses may be measured by success or failure in a specific number of years of operation. On the other hand, startups and scaleups are probably more accurately measured by failure or success in a particular phase. So, it is difficult to put together a statistic covering all types of new businesses and their failure rate with any level of accuracy.

The outcome of taking a closer look at this well-known and often cited stat is that as an entrepreneur, it is unlikely that you are going to know the exact probability that you will succeed or fail. Even as an investor, there will be a certain amount of unpredictability in determining whether a scaleup will follow or even return the optimal X10 over five years.

How to improve your chances above 10%

Observe the following to increase your chances of success in a startup venture: