How to Offshore in Uruguay for Tech Companies 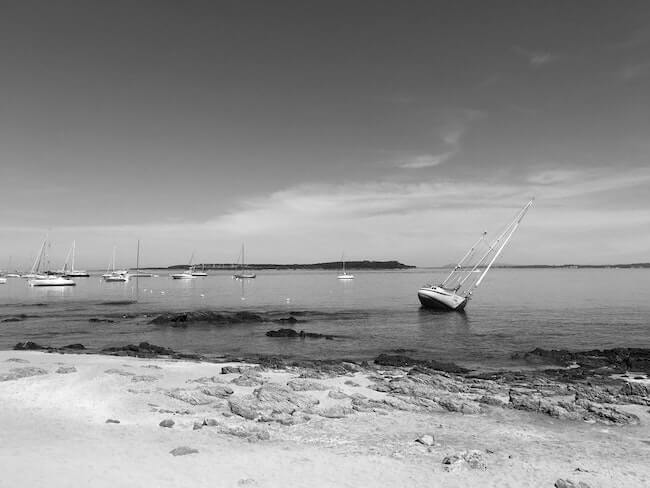 With a population of just 3.5M and relaxed democratic politics, Uruguay flies under the radar on the world stage.

That’s been changing in the 2020s, as the country’s unusually high caliber of IT talent has made Montevideo offices common for technical agencies and outsourcing companies.

As of 2021, Uruguay is one of the smallest countries in Latin America by population — but it also has the most GitHub users per capita by a healthy margin. Thanks to a vigorous government-led campaign promoting STEM education, the talent pipeline in the region is still growing.

I’ve been working with development teams in Uruguay for the past three years as marketing director of two IT staff augmentation shops with Montevideo offices, and have been continually impressed by the caliber of talent operating in the country.

In today’s post, I’m going in depth on the pros and cons of Uruguay as a tech outsourcing region.

Be sure to scroll to the end where I discuss some tips for how to source the best of Uruguay’s tech talent remotely.

Why Uruguay for Offshoring?

At the top level, three main components make Uruguay a compelling location for offshoring: time zone convenient to the US, a robust talent pipeline, and a strong innovation ecosystem.

1. Location Within Three Time Zone of the Continental US

For good reason, this nearshore option is considered an undiscovered gem compared to some of its neighbors in the Latin American IT talent market, namely Argentina and Brazil, or Costa Rica in Central America.

Depending on daylight savings, Uruguay is only about one to two time zones ahead of Eastern Standard in the United States.

Suppose you have a bug to take care of. When engaging with a Uruguayan vendor, you can communicate that to them in the morning and potentially roll out a fix within the same day rather than waiting until they wake up.

When working with an offshore partner such as India or Pakistan, this just isn’t the case. Sure, Indian teams can (and generally do) reverse their hours — which can certainly work, but in my experience night shift offices lead to issues long-term when combined with culture clash.

Starting in the 1980s, Uruguay invested heavily in STEM education, culminating in an early 2000s policy informally known as “Laptops in Cribs”.

Traditionally, Uruguay had been an agrarian economy. But thanks to the Laptops in Cribs program, the talent pipeline around software development has grown rapidly over the last 20 years.

This robust and growing pipeline of highly skilled talent makes it a good location for remote offices, in spite of competition from more populous neighbors with lower wages relative to USD, like Argentina.

In my experience, the quality of talent and consistency of the education makes up for the increased price when doing high-end work.

Since most developers in Uruguay have strong computer science theory exposure through the education system, talent around emerging and technical fields like machine learning is particularly strong in Uruguay.

This is where their educational background once again comes into play. While the benefit of the US candidate is their pure and fundamental computer science background, they often come out lacking practical experience, whereas your trade-school candidate tends to be the opposite. Uruguay’s standard six-year computer science education track provides the best of both worlds — rigorous fundamentals taught in the context of the industry by professors who are also practitioners.

Quality concerns when offshoring are always legitimate, but there remains a certain pricing pressure evident in the US, where your average software engineer makes an approximate median salary of $85,000 per year—and in many cases, it can be upwards of $115,000.

With Uruguay, on the other hand, you’re looking at a median $35,000 a year. Keep in mind that you can hire junior devs with a minimum six years of education, at even lower cost, with salaries tending to be closer to $20,000. Pricing can go up to $50,000+ for more senior devs.

This significant drop in price without sacrificing quality is the primary reason to go with a place like Uruguay over an onshore partner.

Of course, you’ll also want to compare Uruguay with its nearshore alternatives, Argentina and Brazil, where you can find devs for as low as $30 or $40 an hour. On the junior end of Uruguayan devs, you’re looking at $50/hr; at the senior end, maybe $75. So yes, it’s true that they’re more expensive than their neighbors—but their work ethic and formalized educational background elevate them to an unmatched level of versatility and value.

Remember: the goal is more than just finding a developer. It’s to find one who can competently deliver your ideal product while mitigating the risks of it collapsing, failing, or being unable to scale. Sometimes, a little foresight can save you more money than just seeking the cheapest staff available. It’s important that as a client, you don’t neglect to weigh-up the long-term implications of your decision.

Taxation for US companies operating in Uruguay isn’t absent of complications; any partnership with an Uruguayan developer or agency means dealing with multiple different tax authorities. Your accountant will have to deal with separate entities: one for the US and one for Uruguay. If you’re not an accountant, suffice to say it’s difficult to deal with two distinct tax regulations.

However, it is important to note that Uruguay’s taxation itself is about equivalent to Argentina’s—and it’s considerably lower than in Brazil, whose taxation policy toward foreign entities can be less favorable. Additionally, Uruguay’s currency is not as volatile as its neighbors’, and it doesn’t tend to suffer the same erratic spikes in inflation as Argentina or Brazil.

The logistics of working with foreign talent often necessitates working with an agency, as the alternative is navigating all the different systems mentioned earlier. Of course, you may be prepared to accept a one-on-one partnership if you’re only in need of one developer. That’s at your discretion.

Just be aware that if you need any more support than that, an agency will absolve all of your regulatory, startup, and compliance costs. Would you rather sign a contract and pay a flat rate—or be painstakingly responsible for all the minutiae yourself? Take it on a case-by-case basis.

Competition for the talent pool is huge, and it’s why established agencies continue to thrive. Medellin in Colombia became a smart city. Buenos Aires in Argentina became a blockchain city. Montevideo in Uruguay went down a different path: rather than specializing in a single facet of technology, they decided to focus on creating well-rounded developers. This has led to a number of globally recognized IT consultancies like Cognizant swooping in to vacuum up the vast majority of tech talent present, making it difficult for new players to access that talent.

Differing cultural values play a very real role here. The American attitude is characterized by a fast-paced daily life and hungry ambition in business. If asked the question, “Do you live to work or work to live?” Many Americans would honestly fall into the former camp, but Uruguayans very much belong to the latter. You can try to crack the whip for extra hours or offer special incentives for meeting deadlines, but Uruguayans aren’t motivated by these things the same way Americans are. This is not a flaw of their work ethic; it’s simply a matter of principle. This is important to understand and plan around with your project managers.

Tips for Early-Stage and Smaller Startups

If you’re a startup in its early stages, you’ll probably be looking at direct-to-talent options. At this point, I recommend platforms like UpWork or TopTal for finding independent contractors.

If your mind is made up on using an agency, consider a small one — meaning, less-than-10-people small.

One might think of these as “boutique” agencies, the next step up from a one-to-one partnership. They can have more favorable pricing if you find one that’s early in their development, rather than going to an established large shop who will always be distracted by their high-dollar enterprise clients.

For mid-sized tech companies looking to bring on a team of 10-20 devs with a specific skill set, go with a reliable mid-level agency that’s been around for a while. Again, not to sing our own song too loud here, but my current company Rootstrap is a good example.

There are about a hundred similar agencies based in Montevideo or greater Uruguay, and their rates are more affordable than top-level consultancies.

At the top tier, let’s say you’re directing a project for a FAANG, and you need a network of teams totaling to around 200+ developers to support your operations and react to current events in a longer-term engagement. If you’re at the enterprise ($1B or higher) level, you might set up your own operations rather than paying a premium through a middleman.

Outside of that, managed IT services are also worth considering for certain types of engagements. They can negotiate multi-year deals and get you discounts on certain components in addition to providing you with a tech team, managing your infrastructure, handling your cybersecurity, et cetera.