The 21 Best Low-Cost US Cities for IT Outsourcing 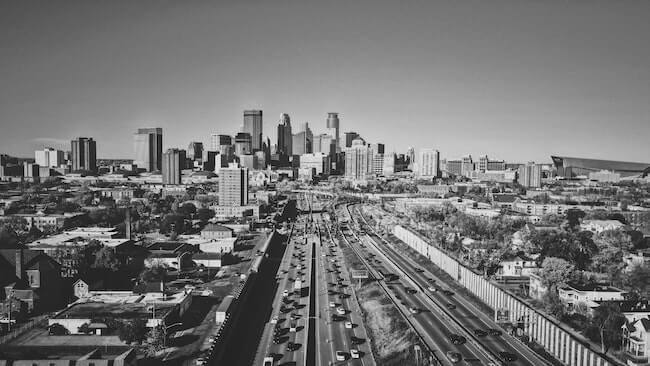 People tend to associate the word “outsourcing” with cheap labor from distant regions, but this isn’t necessarily always the case.

Onshoring and reshoring also represent forms of outsourcing which take place closer to you — and they may be preferable even to nearshoring, if you’re prepared to spend the money.

Onshoring traditionally means finding development partners, staff augmentation partners or even full outsourcing partners right here in the US (or within your country of residence; we’ll use the US for the sake of discussion). The first and most common example is to outsource from your city of operation out to major metropolitan areas such as Los Angeles, New York, and San Francisco. Developers from these cities come with a serious price tag, but they also have three things you’ll want:

Reshoring is a subset of onshoring wherein outsourced work that was done overseas is brought back into the US. This can be done for a variety of reasons, such as when tax regulations change and it becomes cheaper to bring outsourced work back to the country where a business is based.

Now, aside from the majors metros, there are so-called “second tier” or more rural areas appropriate for outsourcing within the US. They’re cities like Pittsburgh and Richmond, which are less costly, yet still perfectly viable for onshore/reshored IT work. I’ll break this down further momentarily.

Developers from these cities possess a skill set that’s in demand by a number of different companies. These devs know they have plenty of options, so they’re able to bid up the price for their labor. Listed from lowest to highest, here are their median salaries for software engineers:

These are the tier one cities. All of them either approach or crest the six-figure mark for developers. Even just building a small team of 10 developers, you’re looking at spending over a million on payroll annually, especially when you factor in benefits and other considerations. And this is easy to handle for massive tech conglomerates like Google or Facebook.

But if you’re just starting out and you’d prefer a more affordable alternative, there’s still a way to attract software developers who are in the upper echelon in terms of skill level. This is where tier two comes into focus.

A number of tech hubs in the midwest and the south are gaining traction. Software developers from these places are relatively affordable right now, but they may not stay that way for very long — so you might want to capitalize on them sooner rather than later. Again, here they are ranked from lowest median salary to highest:

Austin was a flagship for a time, but now it also tops Chicago at an average developer price of $83,000.

Both Portland and Austin are good examples of “tech gentrification” that occurs when talent rapidly moves into a new tech hub. Just a few years ago, salaries and cost of living was much lower in both locations.

What do these numbers tell us? Well, for starters, you’re looking at saving 25-30% using a developer from a tier two city as opposed to a tier one. These states and cities still have good infrastructure and a relatively affordable cost of living, but their salaries are much more affordable.

Finally, we’ll talk about the unofficial third “tier” of US outsourcing options:

Rural IT outsourcing is an interesting niche, because with a sniper-like approach, you can find great talent in rural areas — but if you find yourself in competition with other companies, the lack of supply can quickly make these developers much more expensive than they would be otherwise.

Here are some examples, from lowest to highest — and you’ll notice that even the high end is quite low:

There are also some interesting truly rural locations worth checking out for internet-dependent business processes that five years ago would have been obvious offshore candidates.

For example, Jackson County in Kentucky, where an ultra-fast municipal broadband provider connected the area with gigabit fiber internet and created an unexpected boom in call center operations — and employment for locals. These locations can be hidden gems for low-labor-cost operations like call centers and virtual assistants that otherwise might be moved offshore to India or the Philippines, at a drastic reduction in user experience for customers.

While onshoring does give you the benefit of working with fellow Americans, regional differences even within the country can be stark. Moreover, even with tax advantages (cuts, subsidies, and payments dependent on the local administration), lower-tier US cities may not even be your absolute cheapest option. You could potentially see even further savings by going nearshore or offshore.

Nearshoring in Latin America, for example, can save you 45% compared to tier-two cities, and that number is even bigger when compared with tier-ones. Still, the cultural and linguistic barriers you’re sure to face will be something you’ll need to think about carefully before making a decision. Which factors weigh more heavily for your company? Do you prioritize timeframe or cost cutting for any particular project?

Offshoring in locations like India or the Philippines can make sense for BPO, but is not usually the best outcome for technical projects or self-directed roles.

What makes a good potential tech hub? In essence, it comes down to three closely-related points of interest:

Deliberate investments in tech infrastructure will always attract more tech companies, so you should look out for cities investing in their future developers. Perhaps you’ll find a good deal on a great developer before somebody else can.

How Much Can I Save by Offshoring My App?
The Pros and Cons of Hiring Digital Nomads