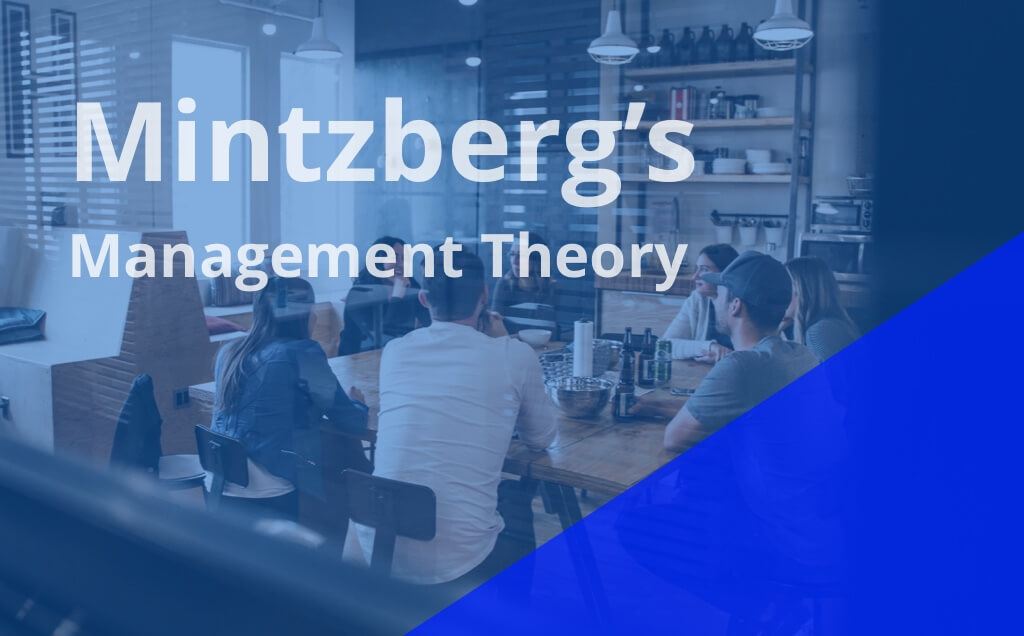 what are mintzberg’s ten managerial roles?

We’ve covered many leaders in the development of management theory on this site, from Frederick Taylor to Robert Kahn.

Henry Mintzberg is a different case since he is still active teaching and writing to this day, producing academic papers and books as well as practical guides like his 2019 book Bedtime Stories for Managers.

In the context of management theory, Henry Mintzberg is best known for three pieces of work:

From these works, he has become known for his unique views on management and strategy, including his “Five Organizational Configurations,” “Five Minds of a Manager,” “Ten Roles of a Manager,” and perspectives on “Crafting Strategy.”1

In this post, we’re going to be covering the Management Theory of Henry Mintzberg, including:

Who is Henry Mintzberg?

Henry Mintzberg (1939) was born in Montreal, Canada. After completing a Bachelor of Engineering at McGill University in 1961, he worked for Canadian National Railways for two years while simultaneously earning a Bachelor of General Arts from Sir George Williams (now Concordia) University.

Next, Mintzberg completed his Master of Science at the Massachusetts Institute of Technology (MIT) in 1965 and later a Ph.D in Management at the Sloan School of Management.

Since then, he has been working as a professor of Management Studies at McGill University and spent time as a visiting professor at various other universities (including INSEAD).

According to Mintzberg, in order for an organization to be efficient and effective at accomplishing a given task, the organization’s design must be consistent, be coherent, and fit.2

Mintzberg says that consistent and coherent organizational design comes in “one of five natural configurations, each a combination of certain elements of structure and situation.”

For more detailed descriptions of all elements and configurations, see the original article, “Organization Design: Fashion or Fit?”

The following chart describes each of the component parts of organizational design.

The following chart describes each of the structural elements of organizational design.

The following chart describes each of the situational elements of organizational design.

The following chart describes each of the five natural organizational configurations that form from the preceding structural and situational elements.

The Manager and Their Job

The Five Minds of a Manager

These “five ways in which managers interpret and deal with the world around them” are referred to as the “five sets of the managerial mind.” In turn, “each [set] has a dominant subject, or target, of its own” and can be paired in a prescriptive sort of fashion, as seen in the chart below.4

Mintzberg states that an effective manager requires all of these skill sets. Furthermore, an organization’s management must “combine their reflective actions in analytic, worldly ways”; more simply put, effective organizations require their managers to “understand one another and combine their strengths.” Gosling, 2003)

The Ten Roles of a Manager

Mintzberg defines a manager as “a person in charge of an organization or subunit.” As a result, this means that the title is applicable to countless people with formal authority and status. He states that these individuals have ten integrated managerial roles that can be categorized into three groups. The ten roles and corresponding groups are as follows:

Like the aforementioned “five minds,” Mintzberg states that all of these roles are required of a manager; that is, no one role can be removed. Similarly, roles cannot be divided unless they are “very carefully [reintegrated]” and cannot be shared unless all people fully communicate all information and “act as one entity.”

The figurehead role consists of representing the organization through formal/ceremonial duties, like greeting and giving a tour to a potential business partner.

Informational roles are those that are associated with gathering, analyzing, organizing, storing, and distributing knowledge.

The monitor role consists of “perpetually scanning the environment for information, interrogating liaison contacts and subordinates, and receiving unsolicited information.”

The disseminator role consists of passing on “privileged information directly to subordinates” or between subordinates when they “lack easy contact with one another.”

And the spokesperson role consists of sending information to people inside and outside the organizational unit, like a public speech, a presentation to shareholders, or communication with a subordinate manager.

Decisional roles are those associated with making and implementing high-level business decisions.

The entrepreneur role consists of actions associated with improving one’s unit and adapting it “to changing conditions in the environment.” This includes creating new products or processes, reorganizing a weak department, mergers and acquisitions, and other projects.

The disturbance handler role consists of responding to changes “beyond the manager’s control,” like when “a strike looms, a major customer has gone bankrupt, or a supplier reneges on a contract.”

The resource allocator role consists of determining the organizational structure, “deciding who will get what,” and ensuring that interrelationships are coherent.

As mentioned previously, Mintzberg is also known for his unique contributions to business strategy. In the following subsections, I’ll cover Mintzberg’s perspectives on strategy and the strategist.5

Traditionally speaking, strategy is seen as being planned. This involves “the systematic analysis of competitors and markets, of company strengths and weaknesses, [and] the combination of these analyses producing clear, explicit, full-blown strategies.”

Mintzberg defines this as “deliberate strategy.” Conversely, Mintzberg argues that strategy should be crafted to some degree, where “formulation and implementation merge into a fluid process of learning through which creative strategies evolve”; in other words, where action drives thinking and strategies “emerge.” He defines this as “emergent strategy.”

Mintzberg believes that strategy requires a combination of these two approaches, where an organization benefits from the controlling features of a deliberate strategy and the learning features of an emergent strategy. This is because not everything can be known and planned in advance and too much flexibility will result in a lack of clear direction. Thus, Mintzberg states that strategies sit at some point within a continuum, between deliberate at one end and emergent at the other.

Moreover, Mintzberg offers two examples of effective strategies: 1. umbrella strategy; and 2. process strategy. Each can be defined as follows:

Perspectives on the Strategist

Given his unique views on strategy, it is not surprising that Mintzberg also has unique views on the strategist. Rather than seeing them as “a planner or…visionary, [sitting] on a pedestal dictating brilliant strategies for everyone else to implement,” he believes that the strategist should be seen “as a pattern recognizer, a learner if you will, who manages a process in which strategies (and visions) can emerge as well as be deliberately conceived… This strategist finds strategies no less than creates them, often in patterns that form inadvertently in its own behavior.”

As you’ve discovered, Mintzberg offers some unique perspectives that provide valid challenges or alternatives to many management theories of the past. Therefore, it is no wonder why Mintzberg is recognized as a noteworthy contributor to management theory.

IaaS vs SaaS vs PaaS: What's the Difference?
Microblogging: Definition and Meaning